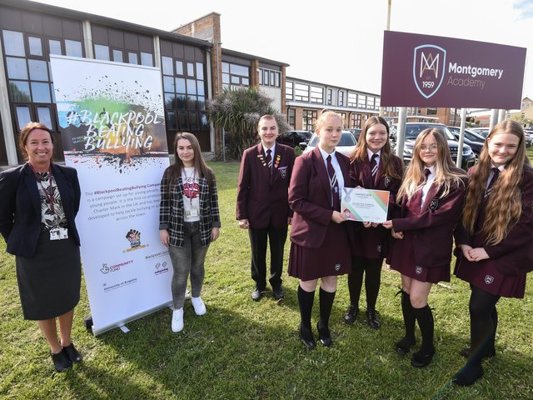 Montgomery Academy was approached by national lottery-funded programme Resilience Revolution in 2019 to pilot its #BlackpoolBeatingBullying campaign, which was created by young people who voted on the top issues they felt needed to be tackled in Blackpool.

Some of the pupils in Montgomery had identified bullying as an issue, but after introducing anti-bullying ambassadors, multiple assemblies on the topic and by keeping pupils and parents informed, the school was subsequently awarded the resort's first bronze charter mark shortly after.

The school has now been awarded Blackpool's first silver charter mark, for its implementation of action plans to tackle any cases of bullying in school.